In the age of COVID-19, in-person trail running is in demand

Charles Chalmers (left) and David Carson (right) are among those grateful for the trail runs in person. Carson finished the race in second place in the Aravaipa Running Men’s 8k. (Photo by Alina Nelson / Cronkite News) 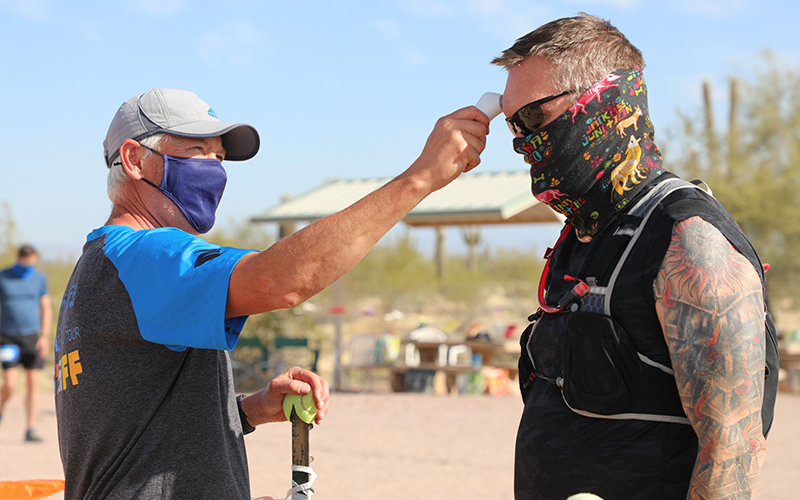 Aravaipa Running staff member Noel Kingston (left) checks each runner’s temperature before letting them enter the corral near the start line, a change in this COVID-19 environment. (Photo by Alina Nelson / Cronkite News) 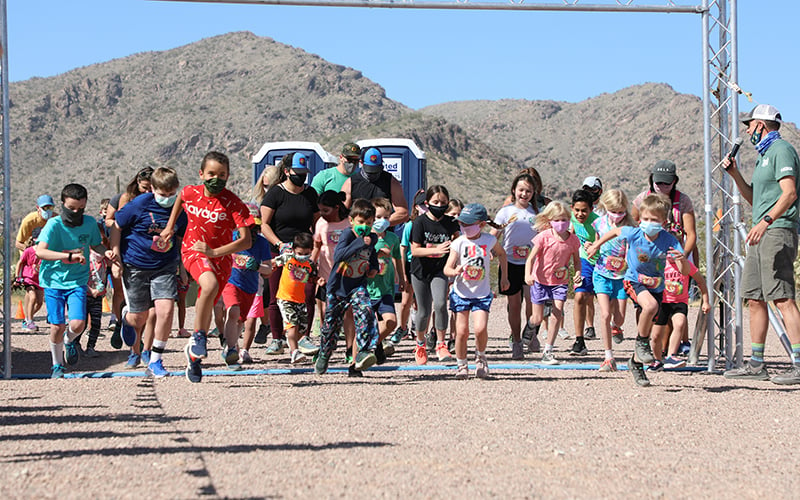 PHOENIX – A beautiful sunrise on an early Saturday morning greeted runners as they meandered through Mesquite Canyon. The panoramic view from the White Tank Mountain Recreation Park in Waddell was just one of the perks for the athletes who competed in the race.

Whether casual runners participating in the 8K or experienced ultra-long distance gurus, the spectacular table of wildflowers and towering desert rocks was the perfect setting on that March morning. It certainly beat the monotony of training on a treadmill, alone, while looking out a window as COVID-19 kept almost everyone inside.

Although the pandemic forced most races to go virtual last year, in-person races are finally coming back, but things look a little different. Races start in waves to promote social distancing, and participants are required to wear masks or face coverings. Even with these changes, demand for in-person shopping remains high. Runners often like to be surrounded by their community, instead of running alone. 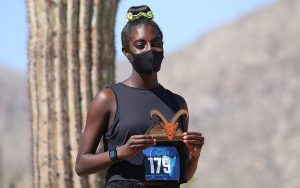 “Training alone is tough,” said runner Kaesha Guillaume, 14, of Casa Grande. â€œIt’s nice to be with other people.

Running connects people in an otherwise disconnected world during the pandemic.

Aravaipa Running, a Valley outdoor training group that hosts local events, started their trail runs in person last August, and the popularity of these events continues to increase. The pandemic has limited many outlets for physical activity, with gyms being closed for a long time, while other sporting events have also been canceled for safety reasons. Outdoor trails allow participants to compete in complete safety.

â€œI think people are getting a little more comfortable, and seeing how to be outside and stretch out, it can be done safely,â€ said Jamil Coury, owner of Aravaipa Running.

Demand for in-person races is very high with most events in Aravaipa sold out, Coury said. Brian Karasek, a member of the Aravaipa Running aid station team, said everyone who signed up for the race was technically on the waiting list.

â€œThe company didn’t want to take money from people until we knew the race was going to take place,â€ Karasek said.

Aravaipa and other organizations that host in-person events need permits and must follow CDC guidelines to ensure the health and safety of runners. After obtaining the permit, runners on Aravaipa’s waiting list were contacted to see if they were still interested in participating. 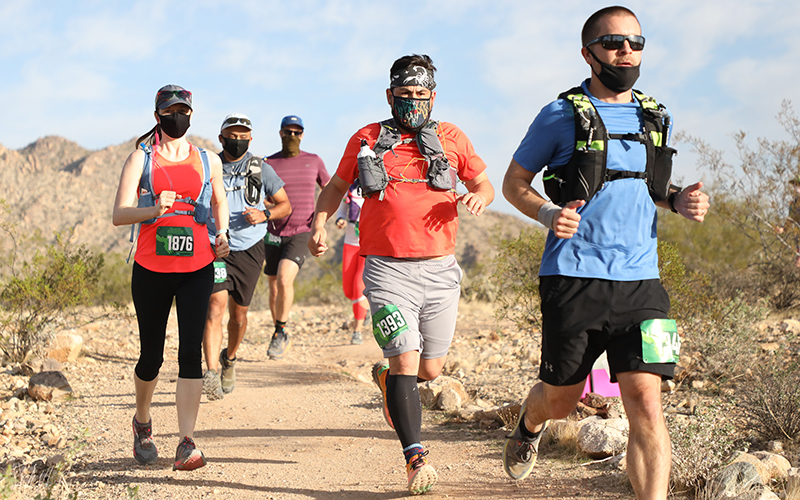 Runners could choose from five different distances when registering for Aravaipa Running’s Mesquite Canyon Trail races: 50 mile, 50K, 30K, half marathon or 8K. Runners with green bibs (above) participated in the half marathon. (Photo by Alina Nelson / Cronkite News)

Running in person allows for the social interaction that virtual events lack. This partly explains the high demand for in-person shopping. Virtual races became popular when in-person events were closed at the start of the pandemic.

â€œVirtual events have their advantages, especially with COVID and all, it was the only way for us to function and have a kind of community feeling,â€ Karasek said.

Having a supportive community of runners is important for runners like Guillaume, who took part in three trails in the Hummingbird Trail series. She started running two years ago, but started trail running only six months ago. She prefers face-to-face races to virtual races because of the social aspect.

â€œIt’s better for me, I like being with my competitors, in the crowd,â€ said Guillaume.

The community of runners is a tight-knit group. They show love and support for each other during the races.

â€œIt’s so much better to be here and to be able to see the people and see the excitement when they cross the finish line for the race they want to do,â€ said Karasek.

By attending these races you can see the true friendship and support between the runners. They cheer and congratulate each other when each person crosses the finish line.

â€œIt’s something we’ve all been missing out on, just generally over the past year or so. And so for me to go to an event and to at least be able to be surrounded by people or be on the trails with them, to share a few kilometers together when, especially when it’s difficult, â€said Coury.