[Editor’s Note: March is Women’s History Month! We’re highlighting stories of women moving the needle forward in trail running and ultrarunning. Our goal is to bring to light women who are progressing our sport in a variety of ways: in big business, in the community, and on the trail itself. Let’s celebrate!]

While the participation of women in the world of trail running and ultrarunning has increased over the past decade, there is still a shortage of female race directors. Make no mistake, they exist! women love Krissy Moehl and the Chucka Nuts 50k, Tia Bodington and the Miwok 100k, Keira Henninger and the Sean O’Brien 50/50 among its other events, and Candice Burt of Moab 240 miles and more events are some of the women stepping up to bring great racing to the trail running community at large.

Amy Rusiecki is another one of those enterprising women who took race direction a step further – encouraging and advocating for adapted athletes to not just join, but have their own division, and helping to organize guides for runners both visually impaired and with reduced mobility Vermont 100 miles.

Amy Rusiecki’s path to trail running was pretty predictable: she grew up playing in the woods. Growing up on the east coast of the United States in places like upstate New York and western Massachusetts, the dense woods of the northeast were his adventure playground for everything, including skiing. cross-country, orienteering and mountain biking. Back then, running was almost an afterthought, something she did to stay in shape for the tough Nordic ski races in college.

“After college, it was harder to find those skiing opportunities,” Rusiecki said. “After that I spent 10 years trying different endurance sports – road marathons, cycling, triathlons, mountain biking, cyclocross – but I would do one for a year or two and move on to the next. Eventually the running has had a bigger influence on my life.

In the early 2000s, Rusiecki participated in a few trail races. In 2007, she ran her first 50 miles at Vermont 50 milesand in the second half of that decade she also participated in many other ultramarathons.

Rusiecki’s first experience as a race director came through the Nordic skiing community. After graduating from college, she helped run the New England league for Nordic ski racing; the current manager kept busy and soon she was organizing the errands on her own. She admits that running ski races was much simpler than trail races: the course was already there, and there were no supplies or volunteers to manage.

A few years later, with Rusiecki firmly established in the world of trail running, her career as a race director resurfaced.

“In 2014, the longtime Vermont 100 Mile Race Director wanted to step away to focus on her family and her farm. This was the year after Life Time Fitness took over the Leadville 100 milesand they really didn’t want any company to take over that race.

“I threw my name in the hat to be race director because I had finished the race five times, figured out the course, and even though I knew I wasn’t the perfect candidate, I felt I could keeping the passion and community feel of the breed intact.

So that year, Rusiecki not only followed the race direction, but also ran the full race once again to say goodbye to running his beloved event. 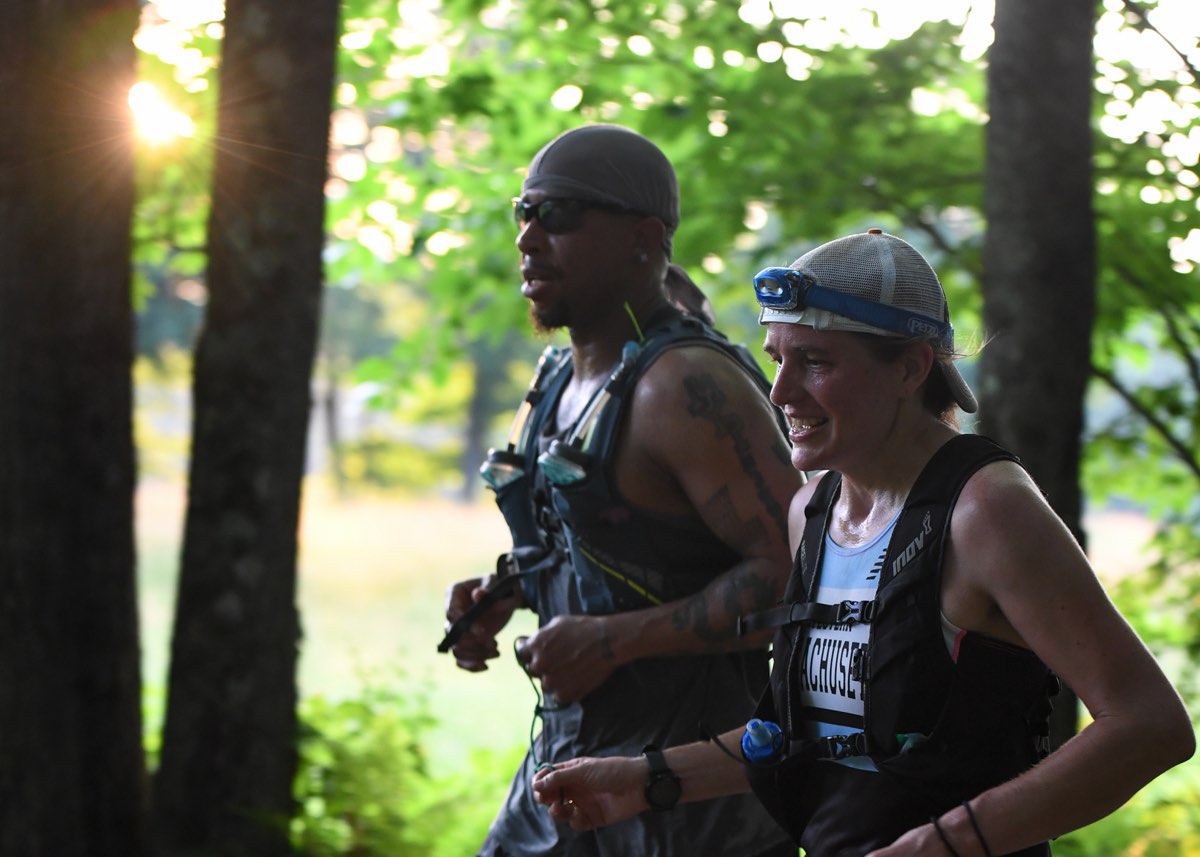 The Vermont 100 Mile has interesting beginnings: it began as a 100-mile horse race, founded by Steve Rojeck. When Rojeck met Laura Farrellthe founder of Vermont Adaptive Ski and Sports, he suggested he bring riders to join the horses along the tough New England trails, and so in 1989 riders and horses joined forces.

With Farrell then in charge, the race was a perfect fundraiser for his adaptive sports organization: although it didn’t start with an adaptive category, it was always connected to the adaptive athletics community.

By the time Rusiecki resumed racing, it was one of the premier 100-mile events in the United States. Due to its connection with Vermont Adaptive Ski and Sports, there had been a few adapted athletes in the past, but never with their own category. . A visually impaired runner, Kyle Robidouxbrought it to Rusiecki one year when she served as his guide for the first 15 miles of the race.

As Rusiecki and Robidoux navigated the technical trails using a combination of a wrist strap, a white bib with a black box (so those with a little sight can identify the direction of their guide), touch and verbal commands, they talked about the lack of adaptive categories in the trail and ultra world.

“Kyle and a few others helped me research other races. They have very strong adaptive athlete rules on who qualifies…that was the starting point for the first year of having an adaptive category in 2016,” Rusiecki recalled.

“This year, we will welcome three visually impaired runners and one with reduced mobility. These athletes have always been there, but these categories need to be clarified. Rather than being required to ask permission, this category shows that they are welcome, given fair accommodations, and have no additional barrier to entry.

As of 2022, Rusiecki is the race director of not only the Vermont 100 Mile, but also the Seven Sisters Trail Racethe Chesterfield Ultra Gorgethe Mount Toby Ultraand the Mount Tom Trail Race. Although she doesn’t plan these errands, she keeps busy as an engineer for the public works department in Amherst, Massachusetts, which keeps her close to Vermont and the surrounding trails. When it comes to the trail and ultra world attracting more female race directors, she wants to see the data.

“I’m an engineer, I like to see the numbers. There’s definitely more support and energy than in previous years, but I’m not sure the numbers are increasing. If I had to give advice to potential female race directors, I’d say just do it, get into the sport. I’m not sure I’ve ever come across a community of runners who didn’t immediately include people, welcoming them. 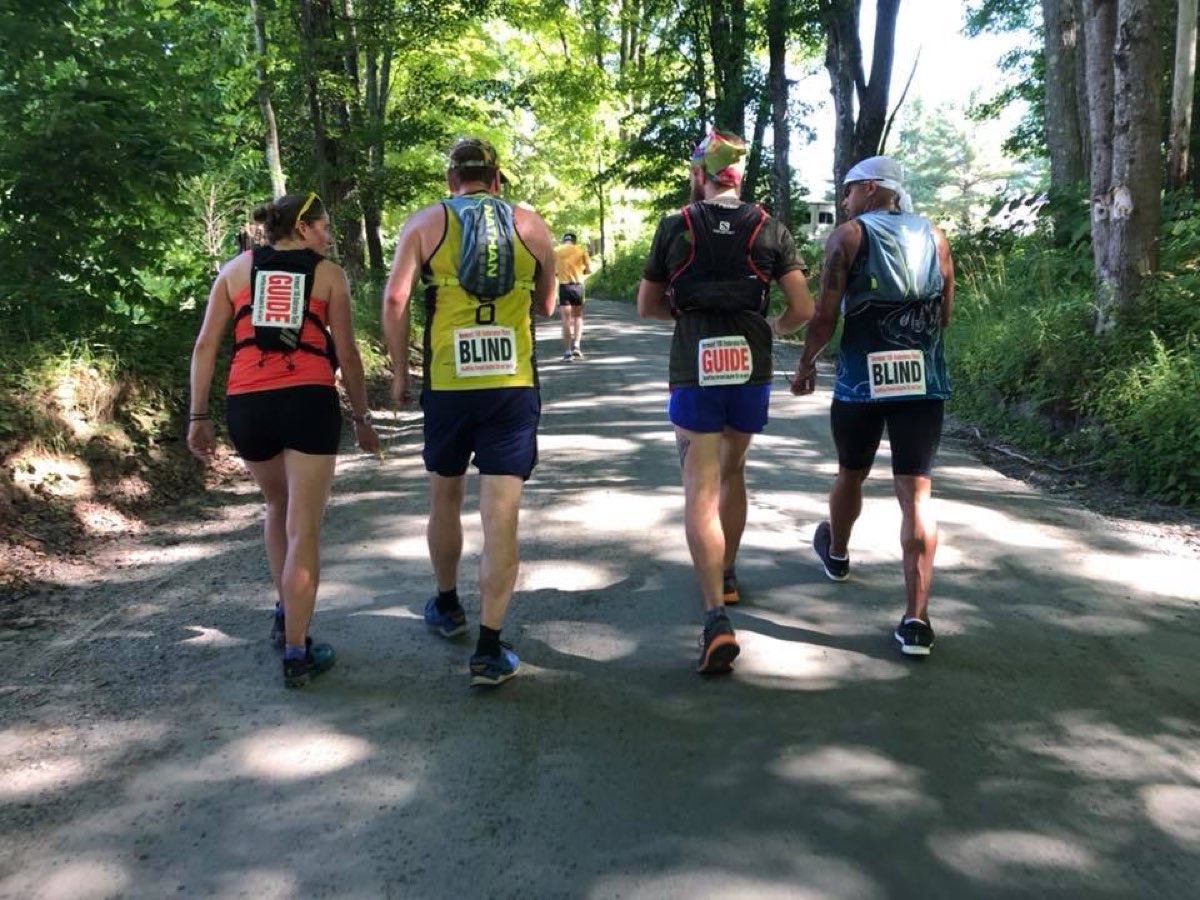