On the athletics track at Cooks Gardens in Whanganui stands a life-size bronze statue of Peter Snell, frozen in time as he crosses the finish line opposite to enter the hallowed realm of the world record holders.

Today marks the 60th anniversary of the spellbinding night when the late and truly great New Zealand colossus of middle-distance racing – “a Sherman tank with overdrive”, as the Sports Illustrated writer Leslie Hobbs portrayed it memorably – broke Herb Elliott’s world record for the mile.

World Athletics is proud to mark the occasion with the awarding of a heritage plaque to be installed at Cooks Gardens, which now has a synthetic track in place of the grass surface on which Snell battled his way through way to the first of his two world mile records. .

Like the best world record performances, the story of Snell’s incredible 3:54.4 mile at home on January 27, 1962 was an unexpected story.

Granted, he was the reigning Olympic champion, but that surprise success in Rome in 1960 had come as a breakthrough 800m runner. Two years later, the 23-year-old Kiwi was, in the words of his trainer, legendary New Zealand running guru Arthur Lydiard, “still a novice miler”.

Snell had clocked 4:01.2 at Timaru earlier in the New Zealand summer season and his goal at Whanganui, on the west coast of his native North Island, was purely to break four minutes. No one had ever achieved the feat on New Zealand soil.

No one expected an assault on the world record of 3:54.5 set by Elliott, the incomparable Australian Olympic 1500m champion, at Dublin’s Santry Stadium in 1958. Secretly, Snell felt that if all goes going well, he might be able to challenge the New Zealand record. in that race in the Irish capital by his training partner, Olympic 5000m champion Murray Halberg: 3:57.5.

The previous Saturday, Snell had won an 880-yard run in Auckland with a national record 1:48.2. The next day, in scorching heat, he ran 22 miles around the Bombay hills from his home in Pukekohe – maintaining his basic endurance, in line with the Lydiard philosophy – in preparation for the Whanganui mile.

There was no sign of fatigue in the 880 yards he rushed for Hamilton on Wednesday, three days before the Whanganui encounter. Quite the contrary. Snell crossed the finish line in 1:47.1, beating his national record by more than a second. If he hadn’t eased off the throttle on the home stretch, he might have broken American runner Tom Courtney’s five-year-old world record for the half-mile distance, 1:56.8 .

When Saturday, January 27 dawned with leaden skies and the skies opened with a vengeance over much of New Zealand’s North Island, it looked like Snell had sacrificed that global brand for a 4h05 course around a muddy track.

In Whanganui, however, the rain barely held off as spectators crowded onto the sloping terrace surrounding the Cook’s Gardens track.

As famous New Zealand sports journalist Norman Harris recalled in his wonderfully evocative pen portrait of the evening of lap of honor, “There they sit on the green shores, 16,000 people, the setting sun shining in their faces and the black thunder clouds just above them. Anywhere but New Zealand and they might gather to await a religious spectacle.

“The rain still does not fall. The sun goes down and the lights come on, and back in the depths of darkness a hundred cigarettes glow on the banks. The slightest trace of moisture falls from the sky and makes the grass shine… and then nothing. At nine o’clock, half an hour before the race, there is a pause in the sky above. The stars are shining!”

The seven-person line-up included 800m runner Barry Cossar, who had agreed to set the pace in the first half of the race, and Halberg, who was to take over until three-quarters.

With Halberg struggling, Snell took the lead, Harris noting, “The length and ease of his sleeping stride puts everyone else to shame.”

The crowd roared when his three-quarter time was announced: 2:59.8. A collective gasp of surprise soon followed as thin British racer Bruce Tulloh fired ahead, but Snell passed him and then launched into overdrive on the backstretch.

“All eyes are on Snell, thousands of voices begin to cry out for him,” Harris wrote. “He comes around the bend running gloriously. Always faster. Faster. And faster.

“The noise is getting even louder; above the roar rises a resounding cry for ‘Snell! Snell! Snell!’ The dust bounces off the arc lamps with the sound of it.

“He came out of the corner, straightened up, fixed his eyes on the end of the straight, and now he’s sprinting with his points dug into the turf. He’s hurtling down the straight with all the certainty of a raz- It hits the tape in the rush, runs yards across. 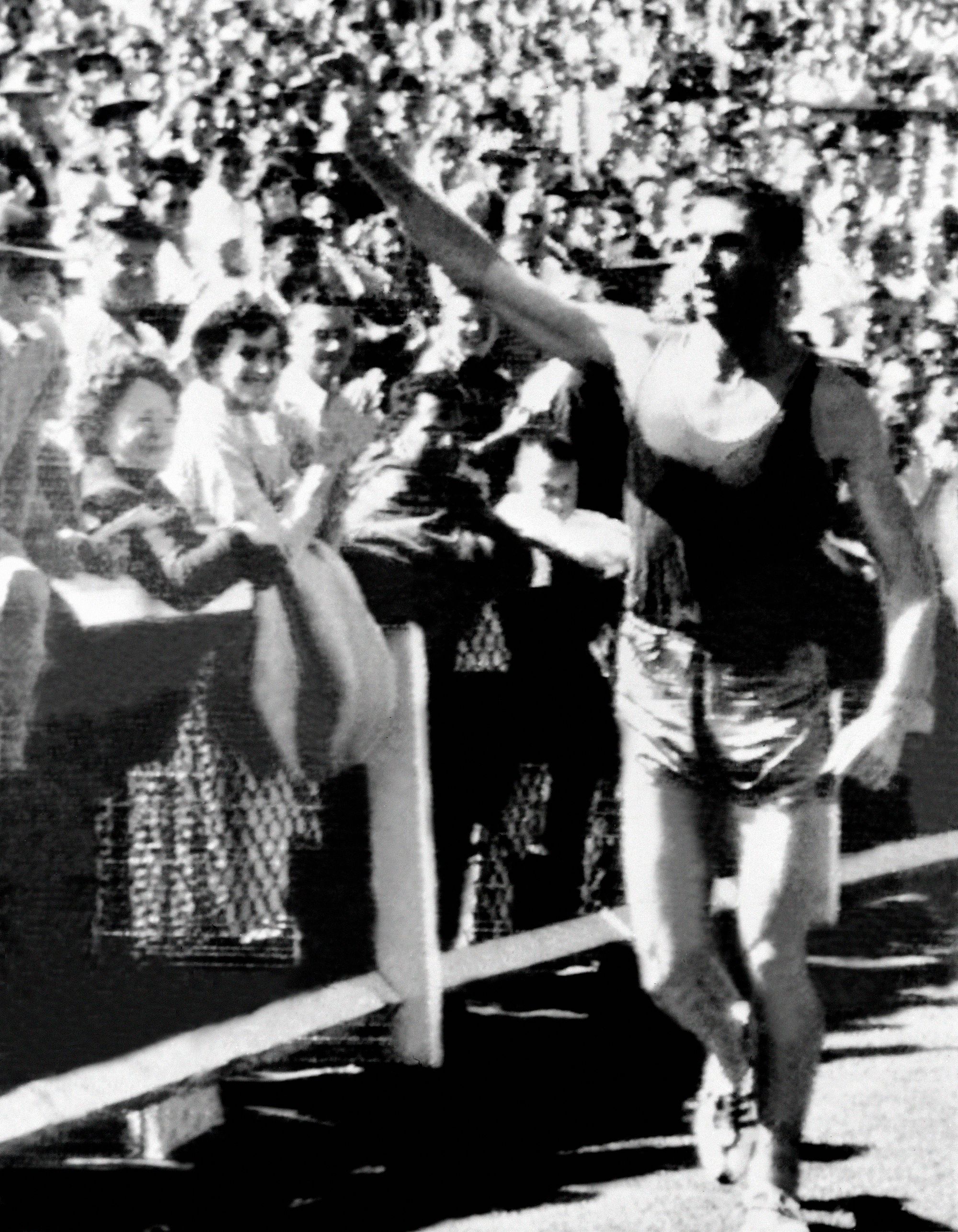 “For four minutes, no announcements are made, as the crowd shouts, cheers and cheers. Finally, the loudspeaker crackles: ‘Here is the most astonishing announcement ever made at Cook’s Gardens – Peter Snell has equaled the record of the world.

“The Cook’s Gardens tremors pass through Whanganui. Then, spontaneously, 16,000 voices launch together on “For He’s A Jolly Good Fellow”. The song has never been sung with such enthusiasm.

Snell pointed out the error when he was interviewed by reporters at the trackside and the message was passed on to the announcer. When the correction was made public and the world record was finally announced, the crowd was “half crazy”, as Harris put it.

Tulloh finished second in 3:59.3 and became European 5000m champion in Belgrade later that year. Australian Albie Thomas was third in 4:03.5 and Halberg fourth in 4:07.2.

Exactly a week later, on February 3, Snell followed it up with an even more breathtaking feat: a world record 800m time of 1:44.3 on the grass track at Lancaster Park in Christchurch. It served as the world record for 11 years and as the Oceania record for 56 years. He remains the New Zealand record, ahead of John Walker in 1:44.92.

If Snell had achieved nothing else, his world record double at the start of 1962 would have been enough to earn him immortality in athletics. Yet he also compiled a formidable competitive record, losing several minor races but winning in each of his five major championship outings: the 1960 Olympic 800m in Rome, the 1962 Commonwealth 880 yards and mile in Perth and the 1964 Olympic 800m and 1500m in Tokyo. His double in Tokyo was the first over distances since Britain’s Albert Hill in Antwerp in 1920.

It was at the Rome Olympics that Snell dramatically announced his arrival on the world stage. He arrived as the new national record holder for 880 yards, with a time of 1:49.2, but as an unknown quantity of 21 worldwide. The 800m was to be a battle between world record holder Roger Moens of Belgium and Jamaican George Kerr. Instead, the 13th Kiwi, 5ft 10in with the physique of an All Black rugby player, passed desperate Moens in the final 25 yards to claim victory in an Olympic record 1:46.3.

Four years later in Tokyo, Snell destroyed the opposition with devastating flurries down the backstretch, winning the 800m by half a second in 1:45.1, another Games record, and sparking a last lap of 53.2 seconds to take the 1500 m by one and a half seconds.

“It was all about conditioning”

All of this might not have been the case. Tennis was Snell’s first sporting love. He was a quarter-finalist in the New Zealand Under-17 Championships.

Towards the end of his schooling, he discovered that his powerful physique suited him better for running and his successes brought him into the orbit of Lydiard, a former New Zealand marathon champion, who persuaded him that training 100 miles a week – including a Sunday 22 miler, plus hill running and interval training – would give him the endurance foundation needed to become a world-class 800m runner. 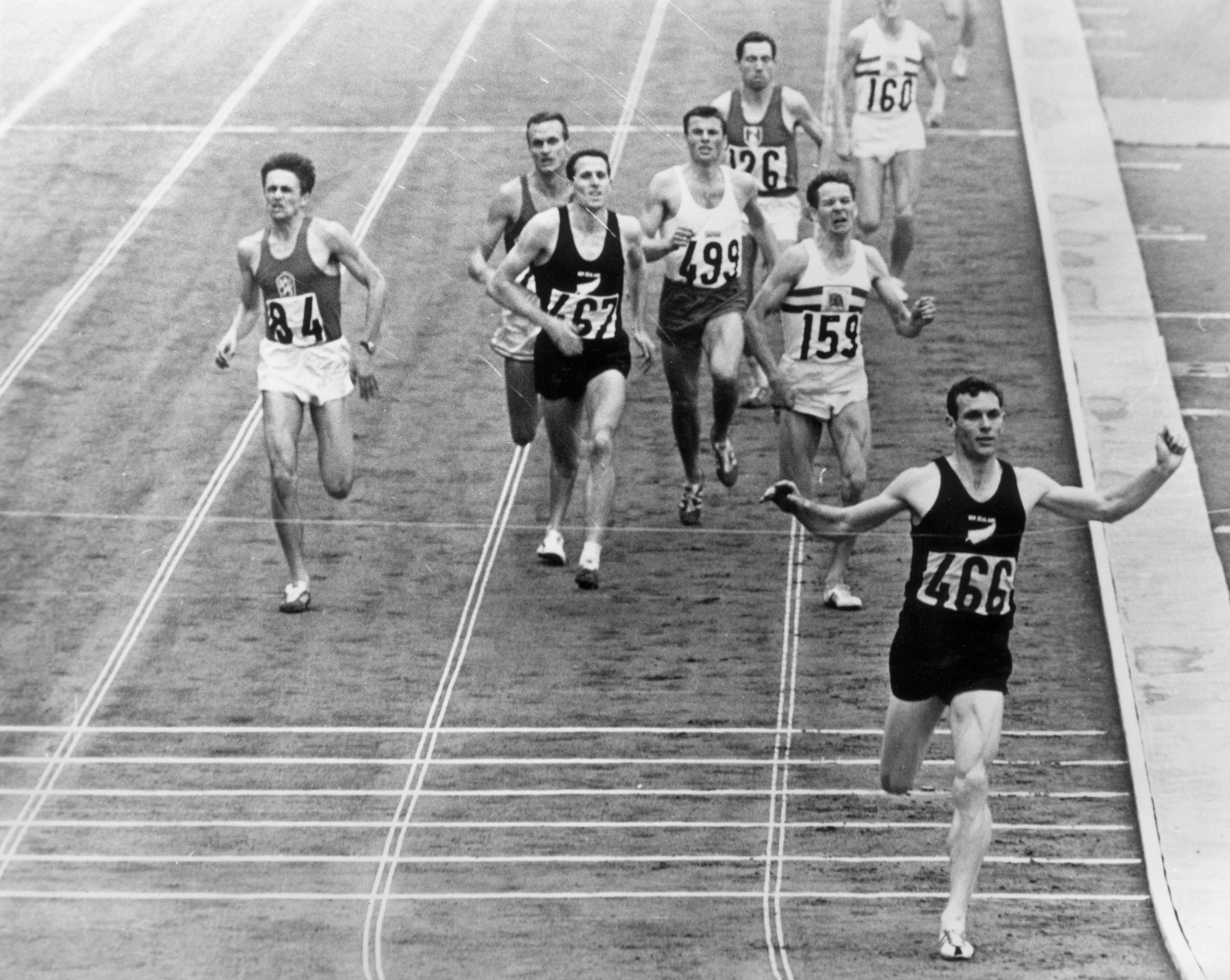 “I came to the conclusion that it was all about conditioning,” Snell told Runner’s World. “Spend as much time as possible on conditioning and eventually you will find yourself, as Lydiard liked to say, in a ‘tireless state’.

“You could run the 22-mile course and feel like you could go out the next day and start over. Once there, it was a very exhilarating feeling. You could train high volume, cut your intervals at race pace, and go faster than race pace.

Determined to the end

Snell retired from track in 1965 and moved to the United States in 1971, earning a doctorate in exercise physiology and becoming director of the Human Performance Center at the University of Texas at Dallas. His sporting success continued until late in his life.

In 2003, he won the 65+ section at the US Orienteering Championships. At 78, he won a team silver medal at the World Masters Table Tennis Championships in Auckland in 2017. 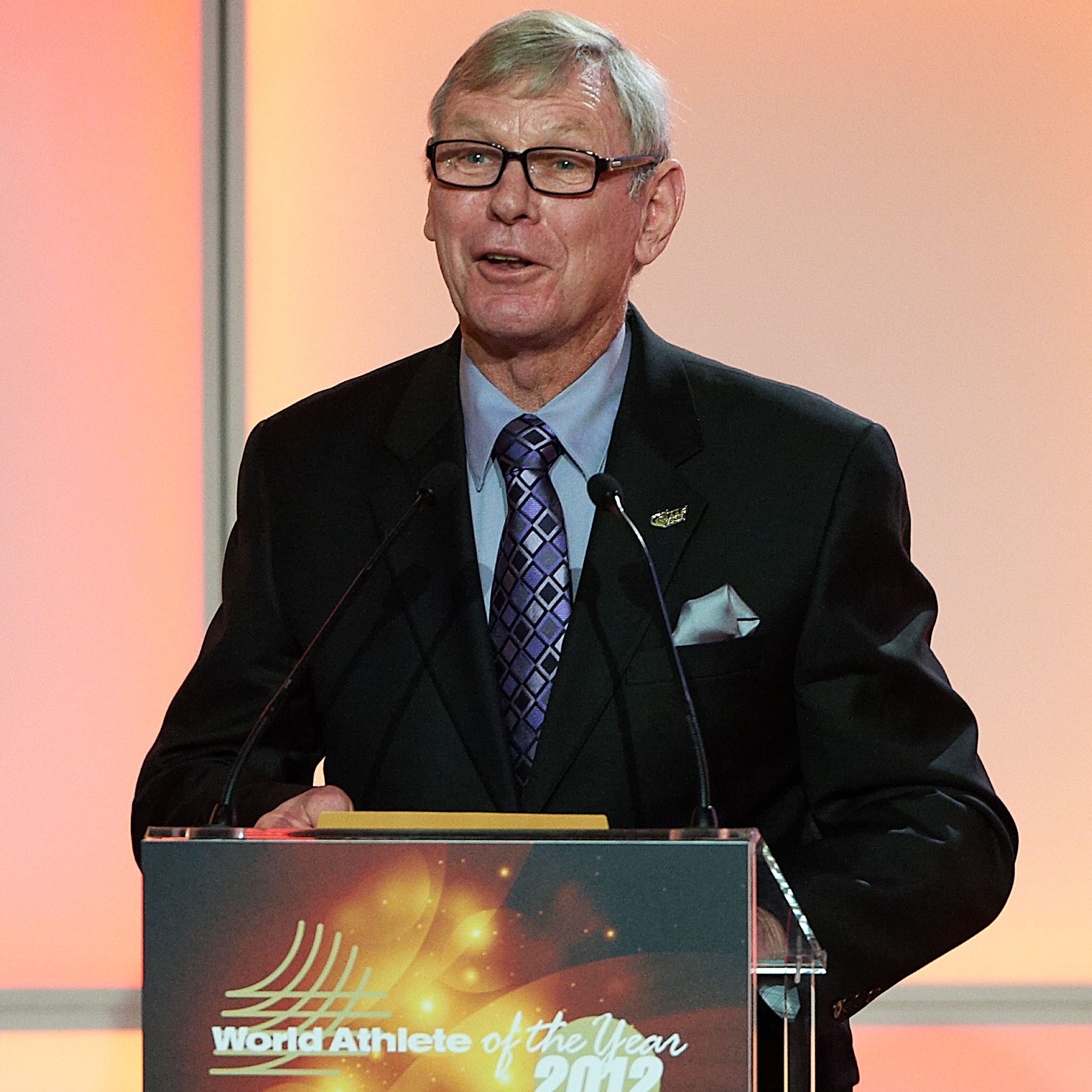 On November 20, 2019, despite having suffered a heart attack a week earlier and against the advice of his doctor, Snell attempted to board a flight to Dallas determined to attend. a meeting of world mile record holders in Monaco. Feeling dizzy, Snell returned home.

Vivid memories of his dashing deeds, at Cooks Gardens and beyond, linger.